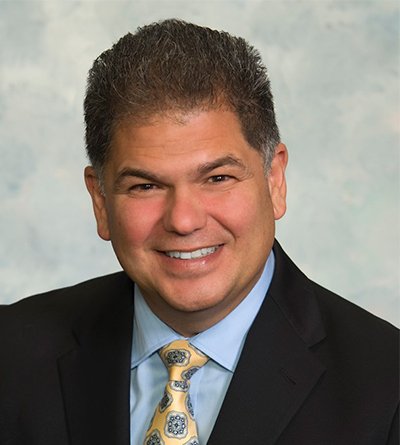 Dr. Francisco Escobedo has been an educator the better part of 30 years. Since 2010, he is the Superintendent of the Chula Vista Elementary School District (CVESD). Located in southern San Diego County, the District’s 46 schools serve over 29,400 students. In 2019, the Learning Policy Institute identified CVESD was one of seven “California Positive Outlier” districts for its superior academic scores. Dr. Escobedo is past president of the Chula Vista Chamber of Commerce Board of Directors; member of the Board of Directors for West Ed Advisory Board, California Collaborative for Education Excellence, the local YMCA, and for Classroom of the Future Foundation; and a Rotarian. He was selected as 2019 Superintendent of the Year for ACSA Region 18.

During his tenure at CVESD, he initiated a health initiative that led to a dramatic decrease in student obesity trends. As a result, the District became the first to receive the San Diego County “Live Well” certificate and was recognized by the American Heart Association. Partnered with the San Diego Youth Symphony and Conservatory, he initiated the Community Opus Project, which was the beginning in bringing music education back into classrooms. These efforts resulted in the District’s recognition as a 2015 Yale Distinguished Music Educator Award. Under Dr. Escobedo’s leadership, CVESD received the distinguished Multiple Pathways to Biliteracy District Award for its implementation of 22 Dual Immersion Schools and Exemplary District of the Year Award 2018. He received the Rindone Educator of the Year Award in 2013, 2014, 2016, 2018, and 2019; and California State Assembly’s 80th District Latino Leader Award in 2016. Recently he earned the 2020 Ronald Edmund Award for leadership in Urban Education. Lately CVESD received a 2021 NAMM Foundation Best Community for Music Education Award in recognition of efforts to make music part of a well-rounded education.

Dr. Escobedo’s experience includes working as Assistant Superintendent for Educational Leadership in the South Bay Union School District and Principal Research Analyst for American Institutes for Research. Since 2001, Dr. Escobedo has served as adjunct professor of Educational Leadership at San Diego State University (SDSU) and is currently a member of the doctoral faculty. He earned his undergraduate degree from Yale University; M.A. degree from SDSU; and Ed.D. from the University of California, San Diego, and SDSU.