Leadership Moves…Specifying Who Will Benefit from Change. 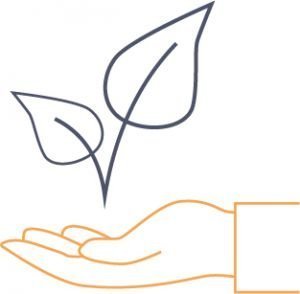 While each high-performing urban school might have emphasized different details as they framed reasons for change, they all shared surprising consistency and impressive clarity as they emphasized that change efforts were intended to benefit all students. Leaders made extra efforts to clarify that the proposed efforts to change culture, curriculum, and instruction would substantially benefit each and every student served.

Leaders in the high-performing urban schools studied made sure that stakeholders perceived that the purpose behind change efforts was to benefit all of the students, not just certain groups of students. Leaders recognized that a noble vision could meet quick resistance if stakeholders believed that some groups of students would not benefit substantially from the efforts. So, even though high-performing urban schools gave special attention to groups of students with greater needs (e.g., students with disabilities, English learners, students who were not on track to earn sufficient credits to graduate, Black students, Latino students, male students, or any of several other groups) the overarching purpose of improvement efforts emphasized a focus on all students. These schools achieved excellent and equitable learning results because excellence and equity were explicit reasons for the effort.

Simultaneously, leaders made it clear that proposed changes were not intended to benefit the principal or other administrators. Repeatedly we heard principals say, “It’s not about me. It’s about the students.” Even when the change might have satisfied a district administrator, or made life easier for the principal, school leaders underscored the benefit to students. Chenoweth (2007) emphasized that in the high-performing schools she studied, “They made decisions on what is good for kids, not what is good for adults” (p. 219). To the greatest extent possible, leaders avoided using coercion or authoritarian power to move people to act. Instead, they appealed to the moral commitments of stakeholders and helped people see how a proposed action would be of substantial benefit to students.

She [the principal] was so good at explaining how this [collaboration] would help us help our students. She made it seem like any reasonable, caring human being would want to do this. So, yes, I suppose we had to participate. But, we really did it because she convinced us that it was just the right thing to do for our students.

For example, teachers at several of the high-performing urban schools reported that it had been difficult to move to regular teacher collaboration routines when they had not been accustomed to working or planning together. A teacher at Escontrias Elementary in the Socorro Independent School District explained how the principal helped teachers embrace teacher collaboration opportunities:

“She [the principal] was so good at explaining how this [collaboration] would help us help our students. She made it seem like any reasonable, caring human being would want to do this. So, yes, I suppose we had to participate. But, we really did it because she convinced us that it was just the right thing to do for our students.”

As leaders continuously emphasize how students benefit from changes in teacher work routines, they create the conditions for developing new norms of collective responsibility (Louis, Marks, & Kruse, 1996). Teachers begin to hold themselves and each other accountable for student learning, embracing their common purpose in improving instruction for every child. Conversely, principals who emphasize, “Do it, because I said so,” are more likely to encounter subtle resistance, outright rebellion, or token compliance. (“I’ll sit there for the required minutes and I’ll write the minimum he expects on the form, but I won’t do more than that and I won’t let it change anything about my teaching.”)

It is important to note that many principals acknowledged there were times when they felt compelled to resort to their positional authority as administrators. For example, principals reported times when they sanctioned, disciplined, or removed teachers from their positions. It is fascinating, however, that teachers rarely, if ever, mentioned those actions. Instead, teachers reported that their principals were student-centered, positive, and focused on supporting everyone’s success.