Focusing on Mastery Pt. 4 – Engaging every student in the learning process

Engaging every student in the learning process 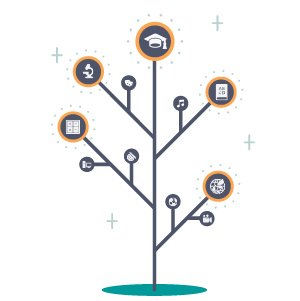 Teachers in the high-performing urban schools we studied were not content to see a few or several students master the content they attempted to teach. Rather, they planned and delivered instruction aimed at increasing the likelihood that every student demonstrated mastery of the lesson objective. To begin, these teachers insisted upon high levels of engagement from all students. At Marble Hill High School for International Studies in the Bronx, New York, teachers asserted that they never gave up on a student.  As one teacher explained, “In our school, we just don’t give up … as long as a problem continues, we will continue to address it.”

In more typical urban schools, we found classrooms where teachers seemed satisfied if students looked as though they were paying attention. In some classrooms, teachers seemed to be pleased if students were simply not being disruptive. In other classrooms of twenty to thirty or more students, teachers interacted with only one or two students, while others sat quietly, some with vacant expressions, some with their heads on their desks, some busy texting or sporting earbuds, and even some sleeping.

In contrast, in very successful urban schools, teachers refused to allow students to sit passively and fail. Teachers insisted that all students participate, engage, think, discuss, contribute, and make academic progress. They did so by employing a variety of cognitive and affective practices that led to a classroom environment conducive to active student participation.

In the schools we studied, teachers were particularly eager to ensure the engagement of students who traditionally have not achieved well (i.e., students learning English, students with disabilities, highly mobile students, students with lower reading abilities, and student who had histories of discipline problems). For example, in almost all of the urban schools we visited, students with mild to moderate disabilities received special services primarily in their regular classrooms. At Louisa May Alcott Elementary in Cleveland, Ohio, special education personnel worked alongside general classroom teachers to help ensure that students with disabilities mastered the objectives that other students were being taught. Even when a student did not master the objective, they showed evidence of important academic gains that placed them closer to grade-level expectations. Specialists worked in collaboration with general classroom teachers to plan and implement a quality of services that led many students with disabilities to achieve grade-level proficiency.

In some schools, like Mary Walke Stephens Elementary in Houston, Texas (Aldine Independent School District), bilingual education was not a separate track with different academic goals.  Instead, English learners pursued the same academic content with the same level of rigor as students taught exclusively in English. Similarly, at Nathan Adams Elementary in Dallas, Texas, native Spanish-speaking students and native English-speaking students learned the same content, read the same books, and did the same work at the same level high levels of achievement, regardless of the language of instruction.

Ultimately, the focus on mastery is more than a teaching practice. It is the attitude, the orientation, the sense of urgency, the reason for teaching we noticed as we entered classrooms and observed teachers and students interact.  Perhaps the best way of describing this focus was offered several years before we began our current study. In 1998, the principal of Brazosport High School in Brazosport, Texas was interviewed for a study of high-performing schools because achievement results had improved dramatically and earned the school an exemplary rating in the state’s accountability system. The principal, Mr. Boone, was asked to explain the primary difference between his school before and after the achievement improved. Here is what he said.

Back then, we taught school like we were feeding the chickens. When you feed the chickens, you strap on your bag of feed and go out into the yard and toss the feed onto the ground. If the chickens eat the feed, that’s fine. If they don’t, that’s fine. Your job was to toss it out there. That’s the way we taught school. We strapped on our lesson plans, we went into our classrooms, and we tossed out the information. If the students got, fine. If the students didn’t get it, fine.   Back then, we thought our job was to present the information, to toss it out there. The difference now is that our teachers want to see the evidence that students have taken it in, ingested it, and digested the information. We don’t stop until we see evidence that students have understood what we want them to learn. That’s the main difference between our school back then and our school today.