Adopting a Focus on Mastery 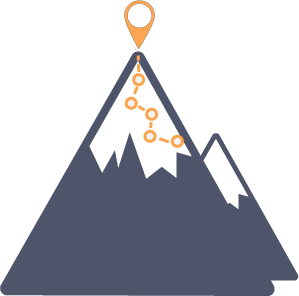 To foster a school environment where teaching and learning lead to excellent and equitable academic outcomes, school personnel must believe that students possess the ability to master rigorous content.  School personnel must also believe that they have the capacity to enable all students to achieve mastery.  Cultivating these beliefs when students, parents, teachers, and staff have experienced years of failure can be very challenging.

In the high-performing urban schools NCUST has studied, school leaders nurtured and sustained, among school personnel, a strong, shared belief that educational success for all was possible.  They did so by:

We consistently found principals and other school leaders who regularly espoused their belief that all of their students (and all demographic groups of students) would learn and succeed academically.  Leaders were not blind to the challenges faced by their students, their families, their school personnel, or their district.  In fact, they knew these challenges in greater detail than almost anyone else. Yet, the leaders chose to believe.  They inhaled the realities and challenges faced by their students and teachers and then exhaled belief, hope, and possibility in hundreds of ways each day. When interacting with students individually or as a group, principals clearly voiced their expectations of excellence and their confidence in students’ ability to excel.  When walking the halls, talking with parents, or conferencing with teachers, they spoke belief into reality with encouraging words, stories of success, and the promise to provide the support needed to ensure that all students learned and succeeded academically. These principals modeled the belief by holding themselves to the same expectations of excellence, addressing failure and resistance with unwavering optimism, energy, and persistence.

Finding and celebrating evidence that supported the belief:

Before the schools we studied achieved impressive school-wide success, their leaders purposefully sought, highlighted, and celebrated evidence that suggested success was attainable. They identified and displayed exemplary student work, mined data to find and celebrate evidence of progress and promise, and exposed school personnel to the progress and accomplishments of high-performing urban schools that faced similar challenges.

The school leaders we studied rarely let negative comments go unchecked. They viewed their responses to publicly voiced disbelief as an essential component of their leadership practice. Often, principals tried to respond constructively without embarrassing the individual who made the negative comment. Yet, much of the disbelief is connected to conceptions of race/ethnicity, language background, and socio-economic status, and, often, it lurks just below the surface in comments that stop movement toward the culture, curricular, and/or instructional changes (like a focus on mastery) that might advance excellence and equity. No matter the source of disbelief, leaders who aim to create schools where all students learn well must be willing to stand up and speak out on behalf of all students and all student groups.[/vc_column_text][/vc_column][/vc_row]